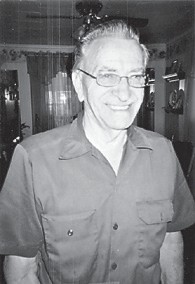 He was a son of the late Viola Sarlouis.