Dance star will teach workshop nearby 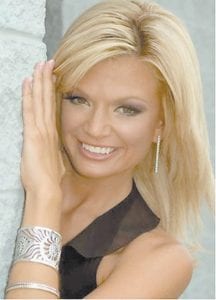 Fore lives in Pigeon Forge, Tenn., where she performs and dances for the Hatfield and McCoy Dinner Theatre. She has been seen on ABC’s reality show “Dance Machine” and has taught at the Broadway Dance Center, Chelsea Studios and National Dance Institute in New York City.

Fore owned and directed XTreme Dance Company Performing Arts Center of Bristol, Va., for 16 years. She is the former head of the dance department at Emory and Henry College and Virginia Highlands Community College. She also coached the Lady Falcon dance team of Abingdon High School and the Emory and Henry cheerleading team.