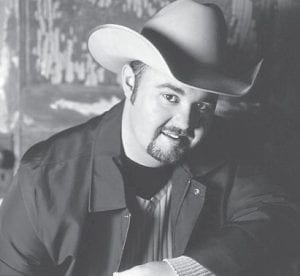 Singletary first hit the charts in 1995 and has several hits including, “Too Much Fun,” “I Let Her Lie,” “Amen Kind of Love,” “The Note,” “My Baby’s Lovin’,” “I’m Living Up To Her Low Expectations,” and his new song, “Love You With The Lights On,” which is on his new album, “Rockin’ In The Country.”

Singletary is known for his deep traditional sounding voice and has remade several classic hits. His 2002 album, “That’s Why I Sing This Way” included remakes of songs from Conway Twitty, Johnny Paycheck, George Jones and several other artists. The only new song on the album was the title track, which included the lyrics, “Mamma used to whoop me with a George Jones album, that’s why I sing this way.”

For information and a complete lineup, including times, visit www.riversidedays.com or Facebook at www.facebook. com/riversidedays.