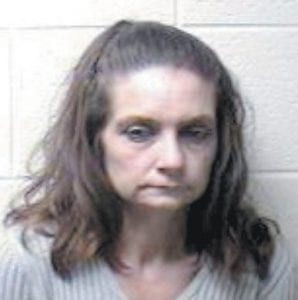 Arraignment is set for January 6 for a Premium woman placed on home incarceration after being charged in connection with swinging a dull-bladed hatchet toward her brother.

Melissa Eldridge, 47, of 41 Beetree Road, was arrested and charged with second-degree assault at 8:16 p.m. on December 20.

When Kentucky State Police Trooper Scott Caudill arrived at the Beetree home, Eldridge’s brother, Ronald Dunn, was verbally belligerent and had blood coming off his face and arm, according to a citation written by Caudill.

The citation said Eldridge’s teenage children and Dunn had gotten into an argument. Eldridge attempted to intervene at which point she and Dunn got into a physical altercation.

Dunn left the home, came back a short while later and began fighting with Eldridge’s husband and teenage children.

Eldridge grabbed a hatchet and began to swing it toward Dunn, who was hit at least twice on his arm, according to court documents. Caudill wrote in the citation that the marks on his arm were not life threatening because the hatchet blade was extremely dull.

Dunn was taken to a hospital for treatment.

Eldridge was released from the Letcher County Jail on December 22 after posting a $2,500 surety bond.