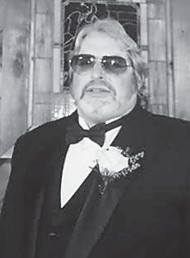 He spent countless hours working in his garage on his projects with his best buddy Denny and his beloved dog Zeb.

Surviving in addition to his mother are his wife, Beverly Richardson Hogg; a sister, Judy Ison of Isom; three brothers, Billy Paul Hogg and Jimmy Ray Hogg, both of Premium, and Clyde Hogg Jr. and wife Mildred of Whitesburg; two stepdaughters, Andrea Stidham and husband Russell of Millstone, and Christy Wooten and husband Timothy of Benton, Tenn.; six stepgrandchildren; and a number of nieces and nephews.