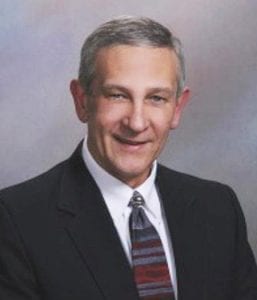 David Quentin Hunsucker, 63, died unexpectedly on July 10, 2019 near his home in Lexington after an early-morning walk with his wife of 43 years, Karen Gose Hunsucker.

David was a loving, wonderful and kind husband, father and friend who will be missed by many. He was an avid gardener who enjoyed canning the vegetables he grew. He loved to play the card game cribbage and enjoyed the lawn game of cornhole as well. He was a fan of blues and rock music and followed the Cincinnati Reds baseball team, the University of Kentucky football and basketball teams, and the Cincinnati Bengals and Pittsburgh Steelers football teams, though Karen has always argued that David wasn’t a “real” Steelers fan, but pretended to like them because they are her favorite team.

Most of David’s attention was centered on his children, in whose lives he was very active. He served two years as president of the Maxwell Elementary School PTA in Lexington and coached several South Lexington Youth baseball teams as his sons climbed the ranks from T-ball on. David also taught Sunday school for many years at Park United Methodist Church, where he was a member and played on the church’s softball team.

David was a 1974 graduate of Whitesburg High School and was a standout player on the school’s baseball, basketball and football teams. He left Letcher County in the fall of 1974 to attend New Mexico State University in Las Cruces, but returned to Kentucky after a semester to be closer to his family and friends and his girlfriend Karen, to whom he was married on November 29, 1975 in Whitesburg.

After earning his bachelor’s degree in civil engineering from the University of Kentucky in 1983, David accepted a position with the Kentucky Transportation Center, based in UK’s College of Engineering, where he worked for more than 30 years. He obtained a Master of Science degree in civil engineering in 1989. By the time he retired from his position of research engineer in summer 2018, David had been the lone author of eight published research reports and was a co-author of or major contributor to 48 more.

“David Hunsucker has been a part of the Center since 1983, where he has worked primarily in highway materials research,” the Kentucky Transportation Center writes in a biography of David that appears on the Center’s website. “He performs forensic investigations of the roadway to determine new pavement rehabilitation strategies, and he explores the benefits of intelligent compaction in highway construction. Mr. Hunsucker has analyzed applications of the following materials: surface treatments for pavement preservation, hot mix asphalt mixtures of asphalt pavement and asphalt shingles, and in-situ recycling of asphalt.”

A Celebration of Life Gathering will be held for David on Saturday, July 20, 2019, from 2 p.m. until 4 p.m. at Kerr Brothers Funeral Home, 3421 Harrodsburg Road, Lexington.

David’s family asks that in lieu of flowers, memorial donations be made to the Kentucky Blood Center, where he was a regular blood donor for many years. David was such a regular blood donor that he would comment on the times when the center would be a little late with a call telling him it was again time to donate. The address for monetary donations is Kentucky Blood Center, 3121 Beaumont Circle, Lexington, KY 40513.