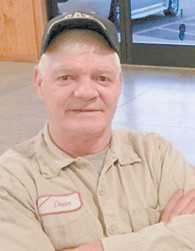 A son of the late William Letcher and Alta Onedia Proffitt Craft, he was preceded in death by a brother, Hank Craft, and a sister, Gloria Ramsey.

Funeral services will be held at 1 p.m., Thursday, January 17, at Letcher Funeral Home. Visitation begins at 6 p.m. today (Wednesday) at the funeral home. Burial will follow in the Thomas family cemetery at Cowan.