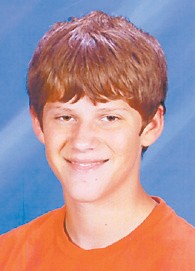 Dalton Wilson, 14, is the son of Michelle and Kevin Wilson of Deane and was one of 22 students countywide who participated in state level competition March 12 through March 14 at the Hyatt hotel in Lexington.

Dalton was the only Letcher County student to place in the competition. Pigman said the group left before the awards ceremony started and didn’t find out that he had won until she checked the results on the Internet.

“I was speechless,” said Pigman. “It’s a big deal. It’s an honor to have a student who places at state, especially first place.”

Other students who participated at state and how they placed at the regional competition are:

Other LCCHS students who placed at regional competition are: