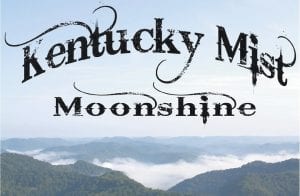 Pictured above is a logo featuring Pine Mountain that Colin Fultz hopes to someday use for his planned moonshine distillery.

The developer of a proposed distillery in Whitesburg hopes city leaders will revisit their decision not to let him make or sell alcohol in a historic downtown building he is leasing from the city.

“I don’t see how it can be bad,” said Colin Fultz of Thornton, whose proposal to set up a distillery to produce “higher end” moonshine in a long-empty auto dealership building was turned down by the Whitesburg City Council during a special meeting September 18.

Mayor James Wiley Craft said the negative response to Fultz’s plan by some who attended the meeting resulted in city officials rejecting Fultz’s plan by a vote of 5-1. Craft told WYMT-TV in Hazard after the meeting that members of the First Baptist Church were among those who opposed it. Craft says the city council could eventually revisit the issue.

While the council denied Fultz’s request to turn the old KYVA Motor Company building into a distillery, it did agree to lease the building to Fultz under the condition that he not manufacture or sell alcoholic beverages there. The building, constructed in 1925, is listed on the National Register of Historic Places and is located on Madison Avenue, near the First Baptist Church. 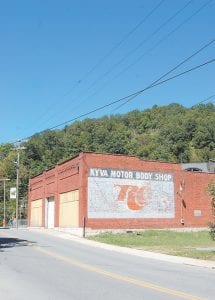 The Whitesburg City Council agreed last week to lease the old KYVA Motor Company building on Madison Avenue to businessman Colin Fultz with the stipulation that alcohol is neither made nor sold in the building.

Fultz, who has had success operating a contract mining business and a large number of storage units in Letcher County, said the council’s decision to reject his idea caught him by surprise since the distillery would bring needed jobs to the area and dramatic improvements to the KYVA building, which the city took ownership of in 2012 after trading properties with the Letcher County Conservation District.

Fultz said he had discussed his idea with members of leadership at churches that would be located near the distillery and received “no negative reaction” to his plan to distill what would be called Kentucky Mist Moonshine here and sell it elsewhere.

The city council, however, turned down the plan after three citizens who identified themselves as members of the First Baptist Church told council members they don’t want to see moonshine being manufactured in Whitesburg.

Fultz said he also attends church and doesn’t “feel like it’s bad that I want to make moonshine or that I would have to taste it” during the distilling process.

“They’re not going to lose their congregations because I’ve got a distillery,” Fultz said.

Fultz said that in addition to hiring local people to work at the distillery, the distillery — if it were to be approved by the council — would buy large quantities of special types of corn from local producers as well as locally-produced blackberries, strawberries, grapes and apples that would be used to flavor the beverages he would produce.

“We could do a lot” to stimulate the economy, said Fultz, who owns and operates Mayking-based Black Energy and Fultz Self Storage. “Everybody in the county that wants to benefit from it can, either by growing corn or picking berries.”

Fultz said he has been working seriously on his plan to open a distillery in Whitesburg for at least a year. He said he began “seriously studying” the process of distilling moonshine after becoming fascinated with the history of a grandfather, the late Henry Holbrook, who served a 16-year term in federal prison for selling the moonshine he made.

“It got me interested in the process,” said Fultz, adding that he became determined to open a local distillery after seeing the success of firms that are making moonshine elsewhere, such as the Ole Smoky Moonshine Distillery in Gatlinburg, Tenn.

“Why should we have something like that?” Fultz asked. “What I want to do is make it and make it really good.”

The council voted to allow Fultz to lease the KYVA building with restrictions after a motion to permit him to use the building for a distillery was introduced by Councilman Tom Sexton but died for lack of a second.

Fultz said he hasn’t given up hope that the council might revisit the issue.

In 2007, the Conservation District purchased the old KYVA building for $85,000 with plans to tear it down and use the site as the location for a manufactured building it then planned to use for an office building.

Craft saved the building in May 2007, when he declared a moratorium on its demolition, citing the building’s listing on the national register as part of the Whitesburg Historic District Listing.

Six years later, the city traded the conservation district about a quarter of an acre of land located on Industrial Park Road for the KYVA building.