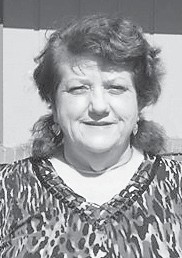 Dianna Lynn Baker, 58, of Brodhead, died June 11 at her residence.

Funeral services will be held at 1 p.m., June 15, at Letcher Funeral Home. Burial will follow in the Baker Cemetery at Millstone.