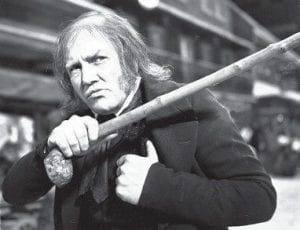 “Not only did Charles Dickens jam his novels, such as ‘A Christmas Carol’ with food and drink, but he also made the most of the holiday season himself,” says William J. Palmer, an English professor who studies Dickens.

“His home was always decorated with greenery and mistletoe before Thanksgiving, and his Christmas parties were legendary. Many relatives traveled to spend the holiday season with him and his 10 children.”

Dickens (1812-70) published “A Christmas Carol” in 1843. The story is about a wealthy London miser, Ebenezer Scrooge, who is visited on Christmas Eve by three spirits who warn him that his lack of charity and kindness will lead to an eternity of suffering.

Even though Dickens is known as the father of the modern Christmas, his 18 novels were about poverty and people who couldn’t afford such lavish celebrations. Dickens’ poor characters often reflected his own lifestyle of growing up poor and even working the streets at age 9 when his father was put in debtors’ prison.

“He loved the season because he didn’t have Christmas growing up,” Palmer says. “This is why his novels are rich with details about food, such as the sweetbreads, delicacies and fruits that shape the cornucopia of the second ghost in ‘A Christmas Carol.’ Also, think about the very first thing Ebenezer Scrooge did in the story to make everything right Christmas morning. He ordered the biggest turkey in town to send to his poor employee Bob Cratchit.

“Dickens really meant it when he had Tiny Tim say, ‘Every day should be Christmas.'”