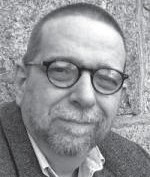 With 10,000 baby boomers turning 65 every day in 2011, it’s time to cast back, way back, into the tear-gas scented days of rebellion, when a goodly percentage of baby boomers wanted to change the world, or at least the tranquil, fully employed suburb where they lived, thanks to their crew-cut dad’s labors as a beef boner down at Hormel.

I’m 53, so I watched the beginning of the cultural revolution from a comfy spot on the rug, just in front of the television set my father purchased by combining his tips as a bartender with my mother’s bank bookkeeper wage.

And I saw it all — watched the hippies talk about feeding the poor and eating the rich.

And I got old and barnacled as a reporter.

Now, trapped in 2011 with Lady Gaga, I look back and see the hippies got everything they wanted.

They didn’t want people to toil away in soul-destroying manufacturing plants, their brains humming to the monotonous whir and clatter of the assembly line.

And, thank Krishna, hardly anyone does that for a living anymore. Those jobs are in China now. Free at last!

They didn’t want people to labor 30 years in an office, choked in a suit and tie, only to be booted out at 65, with nothing to show for serving The Man but a gold watch and a pension.

Another win! Now, you spend 30 years working for five different corporations, five or six years each, and you never vest in the pension plan, if there is one. The notion of a gold watch is hilarious in 2011 America, where you’re lucky if they let you come back to get your sweater after the company unexpectedly closes.

The hippies wanted everyone to get stoned, which everyone did. For the next 40 years, with no sign of anyone stopping anytime soon.

That’s a huge win. Faaaarrrr out! By the way, don’t go to the park after dusk. The junkies will rob you.

And, back in the day, our patchouli dipped ancestors wanted to rid us of religion, or at least Western religion.

The churches are half empty, though the more virulent forms of Christianity are flourishing, at least within the sacred precincts of talk radio. Praise the Lord!

Basic, go-to-church-on-Sunday, sane religion is nearly dead, though all kinds of cult weirdness is flourishing, the kinds of religion where older men marry 14-year-old girls and mingle the love of Jesus with the idolatry of semi-automatic weapons.

And sexual freedom! In 1968, every hippie named Sky River and his girlfriend Peace Chakra (born Ronald and Linda) wanted total sexual freedom, and they got it.

Now, every variety of buggery, pokery, fetish-ery and freakiness is not just practiced, it’s written into the plots of sitcoms.

Marriage was a “piece of paper, man.” If you want to see how that worked out, visit a housing project. Down there, it looks like someone released a poisonous gas that killed all the men, leaving only women and children to celebrate freedom from centuries of bummed-out sexual repression. It doesn’t look too good in the suburbs, either.

The hippies wanted racial equality, too, which they thought they got. Ever watch a rap video? It’s a minstrel show, only the blackface on these guys won’t rub off. African-Americans can vote, though, for everyone from Barack Obama, who is Ronald Reagan without the acting experience, to Sarah Palin, who is Nancy Reagan with … oh, hell, Sarah Palin IS Nancy Reagan.

Everybody got laid, and everybody got stoned, and the people at the top traded in cheap paper and shipped the jobs to China and hired the lobbyists and stuffed the politicians with cash, and working together, they stole America.