Disaster struck 29 years ago this week 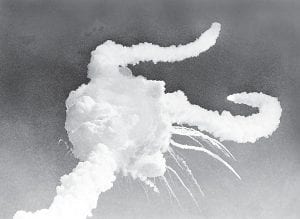 With many Americans watching on television, the Space Shuttle Challenger exploded (as pictured above) over the Atlantic Ocean on the morning of January 28, 1986, killing all seven crew members who were on board. The mishap, which was caused by a failed O-ring seal, occurred at 11:38 a.m., only 73 seconds after the Challenger was launched from Cape Canaveral, Florida. While television viewership of NASA launches had fallen off significantlyby 1986, an estimated 17 percent of Americans were tuned into the Challenger launch because of crew member Christa McAuliffe, who was trying to be the first teacher in space. Below, McAuliffe yelled to well wishers as she left the crew quarters at the Kennedy Space Center enroute to the launch pad. At right is Mission Specialist Ellison Onizuke. (AP Photo) 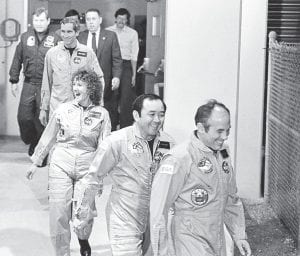