Divorce draws ire of many today 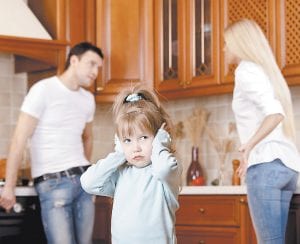 Americans are more accepting of gay relationships and couples living together before marriage — but they’ve grown less comfortable with divorce, a new survey shows.

Americans are more accepting of gay relationships and couples living together before marriage — but they’ve grown less comfortable with divorce, a new survey shows.

The government periodically asks thousands of teens and younger adults what they think about changes in U.S. family relationships. The results indicate a shift over a decade on a range of topics. But most surprising was what they said about divorce.

Asked if divorce is the best solution when a marriage is on the rocks, 38 percent of women agreed, down from 47 percent a decade earlier. For men, it was 39 percent, down from 44 percent.

Divorce in the U.S. has become more common through the generations, and there’s an assumption that acceptance would be holding steady or perhaps increasing, some experts said.

There could be several explanations for the decline, said Wendy Manning, a family and marriage researcher at Bowling Green State University in Ohio.

Marriage rates are down and people are older when they first get married. So those who do marry are more likely to be in it to win it, she said.

“Marriage is becoming so selective that maybe people think if you achieve this status, you don’t want to end it,” said Manning.

Also, the survey was conducted on the heels of a national economic downturn, when some couples didn’t have the money to divorce and set up separate households, she noted.

Other findings, which reflect an increase over a decade:

— Think it’s OK for a young couple to live together before they’re married; about three-quarters of men and women.

— Approve of single women having and raising a baby; 78 percent of women, 69 percent of men.

— Say same-sex relationships are fine; about 60 percent of women, 49 percent of men.

— Agree gay and lesbian adults should have the right to adopt children; 75 percent of women, 68 percent of men.

— Approve of premarital sex among 18 year olds; about 54 percent of women and 64 percent of men.

But there was no signifi- cant change when it came to sex among 16 year olds. Only 15 percent of women and 21 percent of men said it’s OK.