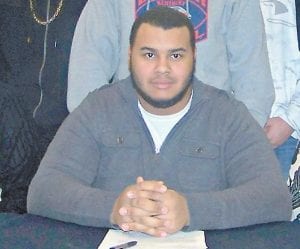 Dixon is the son of Victor and Johnette Gainer of Mayking and the grandson of Shirley and the late Eugene Gainer.

Dixon will graduate high school with 24 college hours, having made the Dean’s List at Hazard Community and Technical College for the last four semesters.