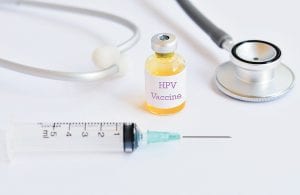 Many pediatricians and family doctors are not strongly recommending the cancer-preventing HPV vaccine to preteens and their parents, contributing to low vaccination rates, a survey of nearly 600 doctors suggests.

The vaccine protects against the human papillomavirus, which is spread through sex and can cause several kinds of cancer, including cervical cancer. The government wants girls and boys to get it at age 11 or 12 because it works best if kids get it before they become sexually active.

While nearly all doctors surveyed discuss the vaccine with at least some patients that young, more than one-third don’t strongly recommend it for those ages. They were most likely to recommend vaccination and to give the shots to older kids and girls.

The most common reasons doctors cited for delaying HPV discussions and vaccinations included a belief that patients hadn’t had sex and that parents would object.

Noting that about onethird of all youth have had sex by age 16, the researchers said some doctors need a clearer understanding of reasons to vaccinate preteens.

The authors, led by University of Colorado researcher Dr. Allison Kempe, surveyed 582 pediatricians and family physicians by mail or online about two years ago. The doctors were in a nationwide network that participates in similar surveys and whose views on other topics have been found to be similar to random samples of U.S. physicians, the researchers said.

Their study was published online this week in Pediatrics.

The HPV vaccine has been available for girls since 2006 and for boys since 2011. A national survey last year found that 60 percent of adolescent girls and only 42 percent of boys had gotten at least one dose. Three doses are recommended.

Infections caused by virus can cause certain genital cancers including cervix and penis cancer, and cancers in the mouth and throat.

The federal Centers for Disease Control and Prevention say addressing “knowledge gaps” among parents and getting more doctors to recommend vaccinations “are critical to protecting teens” against HPV cancers.