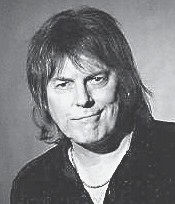 Tickets are now on sale for a December 18 concert appearance in Whitesburg by Don Dokken, whose hard-rock band Dokken released four best-selling albums between 1983 and 1988.

Known for his melodic singing style and captivating stage presence, Don Dokken’s appearance at Summit City will be in the format of acoustic rock. Dokken had been scheduled to perform here earlier this year, but the show had to be canceled so he could fulfill contractual obligation with Rhino Records, who sent Dokken on a tour of Japan to promote the full band’s new album, “Lightning Strikes Again.”

In addition to Dokken songs which once received heavy MTV and radio play — songs such as “Into the Fire” and “Alone Again” — Dokken’s solo shows also feature a number of tasteful covers by bands including the Beatles (“Nowhere Man”) and Emerson, Lake & Palmer (“From the Beginning”).

Dokken, 56, has been performing professionally since the 1970s when he and fellow Dokken members guitarist George Lynch and drummer Mick Brown formed the Boyz. The band became known as Dokken after a move to Germany in 1981.

While Dokken is often associated with the “hair metal” bands which were based in Los Angeles in the mid-1980s, the band’s high level of musicianship commanded much more critical acclaim than acts such as Motley Crue, Ratt, Cinderella, and Poison.

In 1988, Dokken toured as part of the “Monsters of Rock” festival which also featured Van Halen, Scorpions, Metallica and Kingdom Come.