Dolly releases her best in years 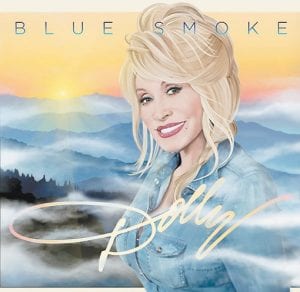 Dolly Parton, at age 68, creates her best album in more than a dozen years by returning to the bluegrass-flavored sound that worked so well for her at the turn of the century.

“Blue Smoke” succeeds partly because the Country Music Hall of Fame member’s songwriting pen remains sharp. “Unlikely Angel” and the family melodrama “”Miss You-Miss Me” join the three-part harmony of the title cut in adding to Parton’s considerable legacy as a songwriter.

The emphasis on banjo, fiddle and gospel-style harmony is reminiscent of 1999’s “The Grass Is Blue,” a Parton career highlight. Her update of the traditional murder ballad “Banks Of The Ohio” fits the bill, too.

The album could have done without the silly “Lover Du Jour” and the tacked-on duets “ You Can’t Make Old Friends” with Kenny Rogers and “From Here To The Moon And Back” with Willie Nelson that previously appeared on other albums. But overall “Blue Smoke” is another triumph from one of American music’s most treasured artists.