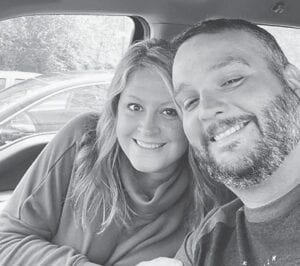 Whether we like it or not it looks like cold weather is upon us. My husband and I were talking the other day about what this time of the year reminds us of. He said he always goes back to the smell of the ground being turned at ‘tater digging time. This was always done by the signs, and it usually took from early morning to late evening and sometimes it even took two days and involved everybody in the family. He didn’t have anything to do with controlling the pony but was a picker upper and carrier.

They had two large ‘tater patches and one of them was on a pretty good slope, as were a lot of people’s gardens back then. Most of the turning the ‘taters up was done by the pony and plow. Even if the ‘taters were cut by the plow, if done by the signs, the cut would dry up and not rot. They usually would wind up with about 16 hundred-pound sacks. These would be stored under the house in what was called the ‘tater hole. It was covered with quilts and feedbags and burlap up to about four or five inches thick. These would last the family of six the whole winter and most of the time they had seed potatoes to plant the next spring. Potatoes were on their supper table just about every day. 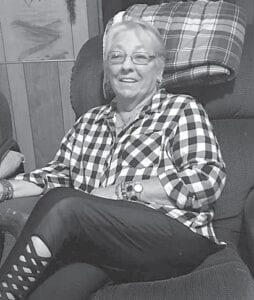 So, the smells that are happening right now in our little world have so many different memories for so many. Lots of us around here are looking forward to the autumn woodsy smell because we know it means deer season is upon us. I think it would do everybody good, this month especially, to just get out in the woods and try to erase the craziness of this spring and summer.

There have been so many deaths in our communities this past week. I noticed on one funeral home board there were five people listed and on Monday the other funeral home’s board was full too.

The wreck on the bypass Thursday evening had us all torn up. Please be in prayer for these families. Karen Jackson was one of the cooks at Martha Jane Potter Elementary when I taught there. The death of her and her granddaughter, Alyssa Tackitt, has devastated so many. Please remember the other family involved in the wreck also. 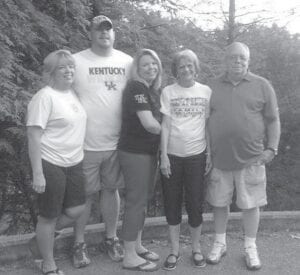 Another family that needs our prayers is that of June Collier. She was the cook at Mayking Head Start when I worked there. She was one of the nicest and friendliest people I have ever known. She treated all the kids as if they were her own. One year two of her granddaughters were enrolled and so naturally they called her Mamaw whenever she came into our room. This just made all the others call her Mamaw, too. One day I was talking to one of the kids and said something about my job. They were very surprised to find out I had a job. They asked me where I worked. I said, “I work here.” They couldn’t believe I was working there. Later on they told me they thought June was my mommy and we just let them come and play and eat at our house all day. I took that as a compliment.

Well, Mommy had a wonderful 90th birthday. Thanks to Lizzie Mae Wright for the 90-year decorations. Mommy said everywhere she looked she saw the numbers 90. She got so many comments on her daughter’s posts mentioning her birthday. I was going to name them all, but it would take up too much room. She got to facetime with her grandchildren, Joy Hampton and her daughter Story; Philip Graves and his family; and Blake and his daughter Chesnee Mason. Tim and Kim Pennington Lucas face timed with her too. She got calls from her preacher, Bill Craft, niece Jennifer Noble Holbrook, niece Linda Jo Greene, her granddaughter Ashley Tackett Ellis and grandson A.J. Tackett, her son-in-law Ricky Mason and her good Marlowe friend, Bertha Dye. She was one little tickled woman. 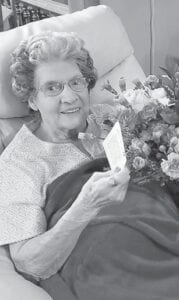 Other birthdays were Helen Bates on the 5th and Sam Jones and Becky Jones Isom on the 4th. Sam and Becky are our pastor’s children. Also, Roger and Anita Craft Yeary on the 5th. They share the same birthday but not the same year. Happy anniversary to James and Andrea Yonts. They celebrated on the 30th of September.

Our family has had a stressful two weeks. Members of my sister Delores’s husband’s family have had COVID-19. Some are still suffering with it and some are already over it. Teresa Holbrook Bentley is still in the Pikeville Medical Hospital with the virus and pneumonia, but is doing some better today, Monday. Doug Holbrook is in the Whitesburg ARH with pneumonia and the virus also. Please be in prayer for all of them.

Also, an especially important prayer request from my pastor’s family. They have been told the court proceedings for the murders of their son and his girlfriend will begin sometime next week. Just keep all of the family in your prayers.

Speaking of our pastor, in his Sunday sermon on the Internet he made a statement that rings oh so true to me. He said, “It’s so hard to make it in this world without a constant feeding from God’s word.” I surely do enjoy being able to see my brothers and sisters in Christ on a regular basis, but it’s that feeding from God’s word that helps me make it through the week. I hope and pray each and every one of you is being fed in some way.