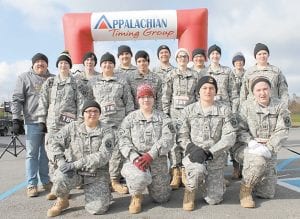 For those of you wondering about Mom, she is continuing to get stronger and last week after cardiac rehab. I pulled a trick on her and took her to the rec center to eat with the Senior Citizens. She enjoyed being out and seeing everyone, especially her friend Lizzie Mae Wright. I think she enjoyed getting back to the house, too.

I’ve been looking back through some of our entries over the past year and it seems unbelievable that so much has happened in such a short time. It still seems unreal that Oma isn’t the one doing this column. We took her and all her socializing skills for granted, that’s for sure. We’ve also been going through a lot of Mom’s keepsakes these last two months and found so many of her birthday and get well cards. Lots of them from Oma, but others from her cousins and good friends. Oma never failed to send her birthday, get well, and Christmas cards. I know her family misses her so much, too. Her granddaughter Angie Hatton Fields sent me a message the other day to let me know how much the family appreciates us keeping Oma’s column going. 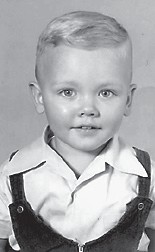 I have noticed on Facebook there have already been so many November birthdays in our community and in our family. Along with my sister Lucille Tacket Graves, we have cousins, John Wayne Adams, Regina Pennington Tucker, Derek Pennington, Jennifer Noble Holbrook and her husband David Holbrook, and my uncles Charles Noble and Merrill Pennington. Another sister, Delores Tacket Holbrook, is yet to have hers on the 26th and also my niece, Lydia Caroline Graves. Then we surely can’t forget our sister-in-law, Tonya Worley Tackett on the 30th, and our brother-in-law Ricky Mason’s was the 11th. Then there are these birthdays from the Letcher County Senior Citizens: Martha Bates on the 9th, Marie Pendleton on the 14th, Bill Polly on the 23rd, Wendell Hogg on the 24th, and Gary Caudill on the 28th.

I thought of some other things you should know about my sister Lucille and since this is her birthday month I’ll tell some more things on her. We always thought she was going to wind up being a surgeon of some sort. More than likely we thought it would be a veterinarian. Whenever we would kill a hog or chickens to put up for the winter, she would wind up poking at eyeballs or popping them out and playing with them, or analyzing the innards of the chicken. She was notorious for taking salamanders we caught and cutting them down the middle of their belly. After taking it apart until she was tired of it, she would actually sew it back up. I don’t remember if any of them actually lived through the surgery.

I wanted to mention this week how much we appreciate and respect all our military men and women. On Memorial Day I saw a post on Facebook from my cousin’s son, Chet Sands, that gave information on the differences between Memorial Day, Veterans Day and Armed Forces Day. I couldn’t find his post, but I did find this information on Wikipedia and thought it was something worth being shared on this column.

“Veterans Day (originally known as Armistice Day) is an official United States public holiday observed annually on November 11, honoring military veterans, that is, persons who served in the United States Armed Forces. It coincides with other holidays including Armistice Day and Remembrance Day which are celebrated in other countries that mark the anniversary of the end of World War I. Major hostilities of World War I were formally ended at the 11th hour of the 11th day of the 11th month of 1918, when the Armistice with Germany went into effect. At the urging of major U.S. veteran organizations, Armistice Day was renamed Veterans Day in 1954.

I’ve always wondered why Veterans Day wasn’t recognized on Monday as others were and I guess now I know.

My husband had to have a colonoscopy Monday and once again the outpatient surgery department at Whitesburg Appalachian Regional Hospital did an outstanding job. I love how professional they all are. But, I also have to admit I love how they all know us and we end up having conversations about our moms and grandchildren. We just feel so much more at ease being around people we have known all our lives. Dr. Campbell is also wonderful. Thank God there were no problems and he doesn’t have to have another one for five years.

Another one of our rec center friends needs everyone’s prayers. Vickie Rowland and I have been good friends for about three years. We met through the rec center. She is also a nurse at WARH on the night shift. She has been my nurse a few times when I was there for pancreatitis. I have gotten to know her better, though through the rec center. Her son passed away last week and so that whole family needs our prayers. Also remember our friend Scarlett Coots facing cancer. She has already started treatments. Please remember to continue to pray for our precious pastor, Bill Jones and his wife Sandy, and all those others who have lost loved ones.

Ending here for another week by repeating Oma’s plea, “Remember to be in church Sunday,” and I say if your church has services Sunday night and throughout the week God wants you there then, too.