Do’s and don’ts for a hangover 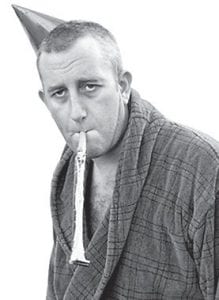 The only sure way to keep from having a hangover from your New Year’s celebration is to have very few drinks or abstain from alcohol altogether. For those who do have to much fun, here are some helpful hints on dealing with the aftermath.

— Plan to drink moderately — a maximum of five drinks for men and three drinks for women during a minimum three-hour period.

— To prevent inflammation, take an anti-inflammatory drug such as ibuprofen or Aleve.

— Eat first, and then drink, not the other way around. Food slows the absorption of alcohol.

— To prevent dehydration, drink a glass of water after each alcoholic drink.

— Do not drink and drive.

— Get as much sleep as possible.

— Take another B vitamin.

— Exercise (if you can stand it). During vigorous exercise, blood circulates three times as fast as it does when you are sitting on the couch. And the faster you circulate blood through your liver and kidneys, the faster your body will remove the toxins.

— Coffee will make you more alert, but it won’t prevent or help a hangover.

— Forget “hair of the dog” — the notion that having a drink can relieve a hangover. It will only make you feel worse.