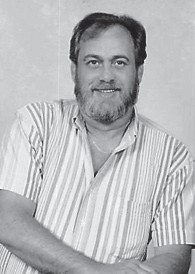 Douglas Hayes, 68, died October 3, at his home at Payne Gap.

Born in Hemphill to the late Conley Hayes and Loretta Miller Hayes, he was the father of the late Jamie Douglas Hayes.

Mr. Hayes was also preceded in death by a brother, Paul Hayes.

He worked 24 years as an underground coal miner, the majority with Southeast Coal Company.

Surviving are his wife Alice Wolfe Hayes; a son, Conley Randall Hayes of Jackhorn; a son and daughter by marriage, Mike Day and wife Lindsay of Davidson, N.C., and Randi Kincer and husband Todd of Whitesburg; a daughter “at heart,” Anna Mae Reynolds; three grandchildren, Austin Day, Keightle, and Brady Banks; a sister, Anita Dennis of Neon; a brother, Carl Dooley Hayes of Jackhorn; a nephew, Timothy J.J. Hayes and wife Teresa and children, Dalton, Kacey, and his namesake Adyn Douglas, all of Whitesburg; and friends, David Caudill, Glen Rose, and Marlene Bieliceki.

Funeral services for Mr. Hayes were held October 6 at Letcher Funeral Home in Whitesburg. Burial was in the Hemphill Cemetery at Hemphill.