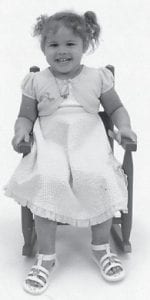 Loleena (above) and her sister Saleena (below) are the granddaughters of Claudine and Willie Sturgill.

I hope none of you have the flu. They say it’s real bad this year, and the schools have been closed in some places. I try to stay in as much as I can.

I called Doyle Day to wish him a happy birthday. I enjoyed talking to him. He and his wife Merlene are both real nice people. He told me how old he was, but I ain’t telling. He’s not as old as I am.

I got a call from my friend Anna Watkins in Florida the other day. She had been in the hospital, but was doing better. I hadn’t talked to her in a while. Shame on me! We’ve been good friends for over 55 years.

I also got a call from Claudine (Brown) Sturgill. She sent me an old picture of friends from Marlowe. I’ll put it in the paper next week.

I attended the funeral of Larry Thomas of Whitco. A large crowd was there. Sometimes it’s the only time you get to see some of your old friends.

The funeral was carried out real well. My pastor, Bro. John Conn, preached outstanding and his brother, Billy Conn, Caleb Howard and Jennifer Absher all sang beautiful songs that were so appropriate. 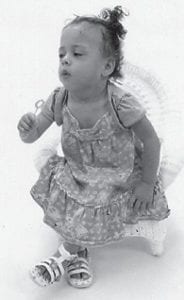 Our sympathy goes out to his wife Elaina and all the family.

We have had so many friends pass away, and we still have some who are very sick. Please pray for Charlie Hatton and sister Betty Sturgill, who is in a nursing home in Hazard.

I went to a big baby shower on Saturday at the Sandlick Fire Department for Jason Franks. The mother didn’t get to come; she had the baby early and she and the baby are in Lexington hospital.

I’ll tell you what, that little baby girl will be well dressed. Her picture was there and she is beautiful. She is the first grandchild of Billy Ray Franks and wife Ernestine, and is the greatgranddaughter of Maggie Cook of Colson.

The food was all delicious and we all had a good time eating and talking.

I want to thank my granddaughter Rocki (Hatton) Hill of Lexington for all the pictures she sent of her children and her brother, Dr. Kevin Hatton, and wife Adrienne’s children. 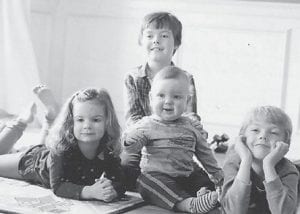 I bought an album for all of them — over 100. I’ll be showing and bragging for along time.

This has been a good week for me. I really haven’t done much of anything. Does that make any sense?

I heard that David Raleigh, one of our church men, had an uncle die in Indiana. I didn’t know him, but it turned out that I knew his wife. She was a Marlowe girl, Lois Raleigh, and I knew her when she was a young girl living with her parents. She died a few years ago.

Her father was Delmar Raleigh. I still remember where their house was then, a long, long time ago.

Two people, a man and a woman, called me this week to see if I knew anything about their ancestors. I can’t believe I couldn’t help them. They called from different states, and both get The Eagle. Sorry about that! 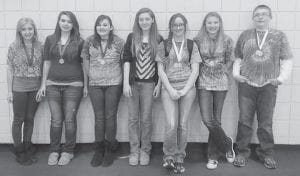 I still remember when I looked forward to that. I thought you were grown up then. That was almost 70 years ago. Most of them have been good years, but they went by so fast!

Sunday was such a pretty day. The snow was almost gone, and I’m glad of that.

Believe it or no, I’ve run out of words.

Hello to all my friends Anna Watkins, Ada King, Dorthy Tacket, Linda Hall and all of the other ‘misplaced ones.’

May God bless all of you. Try to be in church somewhere this week, and be good to your neighbors, friends, and also your family.