Dragonflies are buzzing back and forth 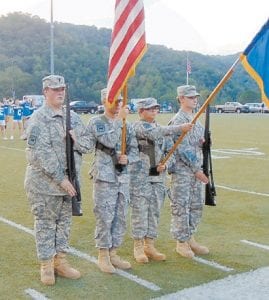 Hello everyone – We are over halfway through September and a few days away from autumn. When you enjoy life, time goes quickly. Time has been going quickly for me.

I was glad we had rain this week and that the humidity dropped a notch. It’s going to be another hot week but I’m hoping the 90-plus degrees are about done.

With the weather being a little better, Mike was able to redo our sidewalk. It looks great. It’s like a boardwalk you find at the beach.

The dragonflies have been interesting to watch. They are catching the mosquitoes, which makes my skin happier. They buzz back and forth so much. I know everyone has been talking about them in person and on social media. I like having the opportunity to watch them.

Mike and I went to Cumberland with John and Faye Campbell one evening. It was a nice drive. We ate at what I call ‘the hotdog place’. It’s an ice cream place and they have great hotdogs along with homemade ice cream. We came home through Kingdom Come State Park and the Little Shepherd Trail. We stopped at the overlooks and took pictures. We didn’t see any bears or any animals but it was a nice trip. 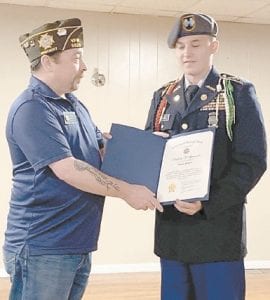 I visited my cousin Doris Ison one morning. She had been in the hospital but was feeling good during our visit. I also stopped by to visit another cousin, Kae Fisher, but there wasn’t an answer. I enjoyed being able to see a relative because they are close by.

Ramona Caudill spent a week in Lexington visiting with Laura and Mike Harris. Laura was glad to have her mother there for a week. They did take a trip to Columbus, Ind., to visit Ramona’s sister, Charity and Jerry Hall. It was a good week for all of them.

Mike and I ate at the Pine Mountain Grill one evening. We saw Libby Honeycutt there. She brought her grandchildren over so we could meet them. Emerson and Isla are so cute. Libby is a good nana to her grandchildren.

On Saturday morning we ate at the Pine Mountain Grill. That morning we saw cousins, Carl and Marsha Banks. Seeing people I know is one of the reasons I enjoy living here.

Ella Caudill, Evelyn Cosgriff, Juanita Caudill, Helen Roberts and Libby Honeycutt took a weekend trip to Blowing Rock, N.C., and stayed at a cabin. They had a good time being together.

Greg Wenning, Carla and Carlie Charles came in for the weekend. It was good having them here. Mike and I had a good time with them and I think they had a good time.

We took a ride on the Rhino and the side-by-side to Kingdom Come. We turned at my cousin’s place and started back home. Greg and Carla were in the Rhino and they suddenly stopped on the way back. It turned out that the throttle cable had broke. We didn’t have the tools with us to fix it but we did have a tow cable. Mike hooked the Rhino up to the side-by-side and we pulled them through the creek and back to the main road. We had called my brother and asked him to bring tools. Before we got on the main road, we stopped and talked about what to do. Do we wait for tools or just continue? It was decided to continue home. We towed the Rhino all the way back to Little Cowan. My brother did pass us going the other way; he turned and followed us home. The Rhino is back to running and a new part has been ordered. It was an adventure.

We also spent time on Town Hill with the Jeep and the side-by-side over the weekend. I took a lot of pictures. We heard a couple vehicles up there but only saw one person that we knew. Danny Roberts was up there riding his side-by-side.

Janis Marr and Anna Bledsoe of Berea stopped by to see Janis’s dad, John and Faye Campbell. They were in to visit Janis’s grandfather, Glen Brown. They had just made a quick trip and it was good seeing them for a little while.

This past week I have heard several people say they don’t like change and I have read this on Facebook this week. Change does involve a risk of some sort but I try to embrace change. It may take a while but I believe change can be positive.

For this week’s Social Media quote, I looked up positive sayings regarding change and I found one I like. It’s from Jim Rohn. “You life does not get better by chance, it gets better by change.”

Enjoy the last days of summer.