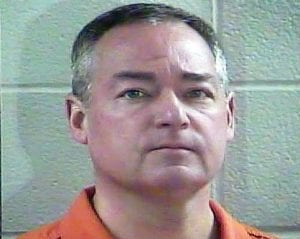 A four-year investigation into drug trafficking and prostitution in eastern Kentucky has resulted in the arrest of a man with ties to a Letcher County coal company.

Mark J. Milslagle is a former Lexington accountant and one of two organizers of Mark Energy LLC, the successful bidder for an Eolia mine liquidated as part of the Blackjewel Holding Co. bankruptcy. He is charged with conspiracy to distribute a quantity of pills containing oxycodone and conspiracy to engage in sex trafficking.

The criminal complaint alleges that a drug dealer and pimp in Laurel County ran a ring of dozens of women forced into prostitution to pay their drug debts to him, and that Milslagle paid him several times a week to send two of the women at a time to his room in the Holiday Inn Express in London.

But in addition to disturbing allegations of human trafficking and drug abuse, the complaint also includes a text message in which the accountant says he and others intend to “bankrupt this mine” and start over. 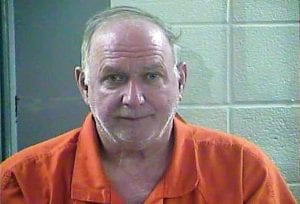 It is not clear whether the message refers to the Letcher County mine, but Mark Energy appears to be the only mining company connected to Milslagle in the state’s corporate records.

Milslagle was, until 13 days ago, the registered agent for Mark Energy. He is accused of paying up to $5,000 a week for sex with prostitutes allegedly provided by Logan Ray Towery, an accused pimp/drug dealer in Laurel County, and participating in a plan to pay for Oxycodone and other drugs for the girls and women.

In a September 30 text message exchange between Milslagle and Towery, Milslagle alludes to the unnamed coal company connected to him. The texts were filed in an affidavit sworn by Bureau of Alcohol, Tobacco, Firearms and Explosives (ATF) Special Agent Todd E. Tremaine.

MILSLAGLE: Hey man, I probably won’t be down this week. We are going to bankrupt this mine and restart again later. 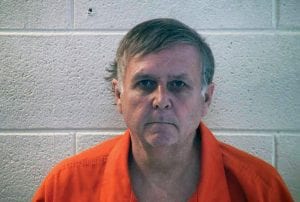 Tremaine says immediately after that entry that he “knows that Mark Energy LLC, one of the successful bidders in the Blackjewel Holdings bankruptcy liquidation, filed a ‘notice of intent to mine’ in Letcher County. Mark Energy LLC lists MARK MILSLAGLE as one of its organizers.”

Mark Energy advertised a notice of intent to mine in The Mountain Eagle on August 21, stating the mine near Franks Creek encompasses 109.61 acres of surface and underlies 5,118.43 acres. A mining permit amendment increasing the surface acreage to 167.41 acres ran in The Mountain Eagle on October 16. The second notice was 17 days after the text messages, and eight days before Milslagle’s name was replaced by Amanda Spangler as registered agent.

Most of the other messages related to procuring females for Milslagle, and discussions of their “performance,” looks, and addictions. The messages came to light after Kentucky State Police obtained a search warrant October 8 for Towery’s home, cars and person. Law enforcement officers confiscated guns, 125 suspected OxyContin pills, other unidentified pills, more than $44,000 in cash, and Towery’s cell phone.

On the phone, according to the affidavit, were over 1,400 pictures, many of them pornographic.

“(Tremaine) has been able to identify a small portion of these women; approximately 40 local women and girls,” the affidavit says.

In addition to Milslagle and Towery, agents arrested Gary L. Cupp and Albert Davis of Knox County. Agents say Towery was also distributing drugs to Davis, and that Davis also ran a sex trafficking ring that included some of the same women that Towery used.

Towery is charged with conspiring to recruit, entice, harbor, transport, provide, obtain, and maintain a person, knowing and in reckless disregard of the fact that force, threats of force, fraud, and coercion would be used to cause a person to engage in a commercial sex act. Both Towery and Davis face charges of possession of a firearm in furtherance of a drug trafficking offense.

Davis is also charged with possession of a firearm by a convicted felon.

According to Task Force Officer Raleigh Benge, Towery would sell pills to Davis, and send girls to him for pills. Benge said in the affidavit that Towery said Davis enjoyed inflicting pain on the women and photographing it.

Affidavits in the case date back to 2015, showing the investigation began when a woman called 911 from a motel in Rockcastle County asking for help.

When officers arrived, they found a dead man in the room, and learned that Towery was supplying drugs to the woman and to the man who had died.

According to affidavits filed by ATF agents, Towery would procure 300 to 500 oxycodone and oxymorphone pills a week from a source in Detroit, and distribute them around Laurel, Whitley and Knox counties, usually in 100-pill lots. He made exceptions for the women, the affidavit said, “fronting” them pills a few at a time or one at a time and delaying payment to keep them coming back.

During questioning by ATF agents on October 29, Tremaine said, Towery identified Milslagle as his biggest prostitution customer, and he would sometimes “front” pills to Milslagle, meaning give them to him on credit, to give to the girls. Milslagle would then pay him back for the drugs when he paid for the sex or Towery would take it out of the girls’ pay, according to the affi- davit. Other times, Towery allegedly told law enforcement, he would front the pills to the girls, and when they had sex with Milslagle they would use part of the money they received to pay him for the drugs.

According to the affidavit, Milslagle paid Towery $4,000 to $5,000 a week for prostitutes, and also obtained girls from a “high roller escort site” on the Internet.

“ TOWERY advised that MILSLAGLE would have girls delivered to the hotel like ‘clockwork’ in pairs of two,” the affidavit says. “TOWERY stated that MILSLAGLE normally liked two girls at the same time.”

The text messages show Milslagle knew the women were on drugs. He and Towery discuss one girl’s use of “H” (heroin) and a plan to get her switched to OxyContin or oxymorphone to “control her drama.” In another, the two discuss another prostitute who Milslagle allegedly hired who had died.

“TOWERY: Example of [Victim 6] Dangerous Activities. [Victim 7] was found dead of overdose of that Heroin yesterday.

MILSLAGLE: The same [Victim 7] that I saw a bunch of times?”

According to the affidavit, at least two of the women Milslagle was seeing died of overdoses. At least 14 victims of the prostitution ring are listed in the affidavit, and at least one other target of the investigation.

In another message, Milslagle complains that one of the prostitutes stole from him while she was in his room.

“MILSLAGLE: That’s a shame. [Victim 1] has disappeared on me, and she took at least $1,000 with her. At least she left my wallet alone.

TOWERY: …. Always secure your money with anyone especially if they do drugs. All girls I have ever met in Business are on SOMETHING.

MILSLAGLE: Have you heard from her? I think I’m done with these drug heads for a while. They’re too risky in too many ways and just not worth it. The girls from SA are clean and better looking.”

It is not clear what SA means.

In another, the two discuss a new prostitute, who the affidavit describes as “a young blond girl.”

“TOWERY: [Victim 12] said you wanted to see her Wednesday? Correct?

MILSLAGLE: Yes, let’s do it, she’s a freak

TOWERY: Another skinny freak Blonde. Did you get messenger photos naked

TOWERY: You need to add me a friend on Facebook

MILSLAGLE: Too risky, wife looks at my page, sounds good on tomorrow night

TOWERY: [Victim 13]. Friends call her [Victim 13]. Another Spinner. Supposed to be a Freak. If I can hold up I will try her out tonight. With a girlfriend and all this new meat and the other pill whores. KILLING THIS OLDMAN.LOL

MILSLAGLE: Use it or lose it [smiley face]”

The affidavit outlines how Towery allegedly gave girls as young as 17 pills free until they were addicted, then began charging them. When they couldn’t pay and began to have withdrawal, he would take payment in sex acts – what he called “training them” – and then make “dates” for them with Milslagle or other men. One told agents she was paid $500 for sex with Milslagle, but had to kick back some of the money to Towery to pay for pills he had given her on credit.

Another girl, referred to as Victim 3 in the complaint, told agents Towery paid her in drugs to recruit others into prostitution. The affidavit said she and another girl were to be paid $500 each by Milslagle for sex, but Towery took $300 of the second girl’s payment to pay himself back for heroin he gave them prior to the “date.” She said Milslagle also paid Towery $200 each for the girls, in addition to their payments.

According to the affidavit, Victim 3 said she would often pass out during sex with Milslagle, and on one night she passed out on the bathroom floor where Milslagle woke her up to have sex.

Another girl, identified in the affidavit as “Victim 4,” had been in custody of her older sister and was exposed to oxycodone when her sister was having sex with a man identified only as “Snowman.” She said she began taking pills, too, and Snowman introduced her to Towery, who gave her free pills until she was far in debt to him. Towery then set up sex with Milslagle, and took all of the $500 he paid her for two hours of sex to pay off debts for the pills to which she was addicted, the affidavit said.