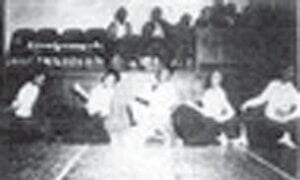 The Dunham Blue Devils’ basketball season of 1948-49 has been a very successful one. They played 16 games, winning 14. The two games lost were Conference games, but the Blue Devils won a second-place trophy for season play in the Conference, being beaten out for first place by Lynch, who had 195 points to the Blue Devils’ 185. 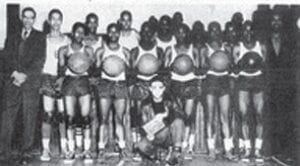 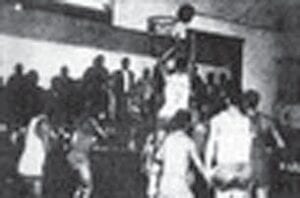 TEAM IN ACTION — Dunham Blue Devils vs. Harlan Red Devils, with Curtis Crenshaw going in for a tip-in.