Early statin use may give long-term heart benefits 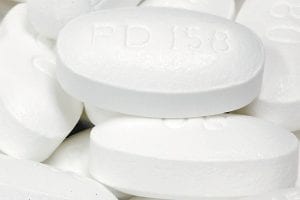 A new study shows very long-term benefits from even short-term use of cholesterollowering statin drugs such as Lipitor. (AP Photo)

Taking a cholesterollowering drug for five years in middle age can lower heart and death risks for decades afterward, and the benefits seem to grow over time, a landmark study finds. Doctors say it’s the first evidence that early use of a statin can have a legacy effect, perhaps changing someone’s odds of disease for good.

“It might be a lifetime effect,” said one study leader, Dr. Chris Packard of the University of Glasgow in Scotland.

Not only did original benefits of statins continue into late life, but researchers were surprised to see new ones become evident over time, he said.

The results are from the West of Scotland Coronary Prevention Trial, the first study ever to show that statins could prevent heart problems in people who had not yet developed clogged arteries but had high LDL, the bad type of cholesterol.

The watershed trial led to these drugs — sold as Lipitor, Crestor, Zocor and now in generic form — becoming a mainstay of treatment and one of the most prescribed medicines around the world.

Half were given the statin Pravachol and the rest, dummy pills. Five years later, there were 35 percent fewer heart-related deaths and also fewer heart attacks in the statin group.

Once the study ended, the men went back to their regular doctors, and about one-third of both groups kept or started taking a statin. This means any differences seen years later probably is due to whether they took statins during the five- year study, Packard explained.

Scotland has national health care and good electronic medical records, so researchers were able to document what happened to more than 90 percent of the men.

Twenty year after the study began, the risk of heart-related deaths was 27 percent lower among the men who took Pravachol for those first five years rather than dummy pills.

The chance of dying from any cause was 13 percent lower in the statin group at the 20-year mark, a benefit not seen earlier on.

“The big surprise” was a 31 percent lower risk of heart failure in the group initially assigned to take the statin, Packard said. Heart failure occurs when a heart damaged from a heart attack or other cause gradually weakens over time and can’t pump blood effectively.

“This is another stone in the foundation supporting the value of preventive cardiology,” said Dr. Sidney C. Smith Jr., a former Heart Association president from the University of North Carolina at Chapel Hill. Other factors might have played some role in how these men fared, but “nevertheless, a moderate dose statin taken for primary prevention shows long-term benefit.”