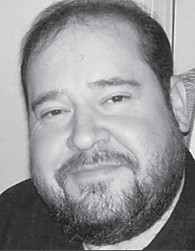 Funeral services for Earnest Steven Cook, 50, of Whitesburg, were held September 27 at the Cornerstone Church.

A son of Maggie Sexton Cook of Whitesburg and the late Earnest Cook, he died September 24 at Pikeville Medical Center.