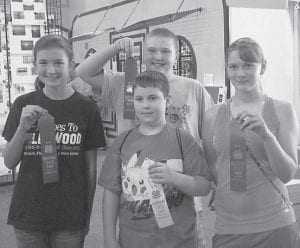 I love this time of the year, a time when one season quietly easies into another. The change can be very subtle — a cool breeze out of nowhere that brings a slight shiver, a fallen yellow leaf lazily drifting downstream or maybe it’s just the rustle of leaves as the wind gives us a gentle warning.

We’ve had a busy week as usual at ECCO making room and sorting the many loads of donations we’ve been receiving.

The folks from the First Baptist Church of Vandalia, Ohio, delivered a trailer load last week and we were happy to serve them a fried chicken dinner as a small token of our appreciation. This is the same church that sponsors the annual community Christmas party.

I also appreciate the wonderful chicken donated by John Fitzwater’s organization. It certainly enhanced our pantry food boxes for July. I don’t think I know a soul that doesn’t like chicken. 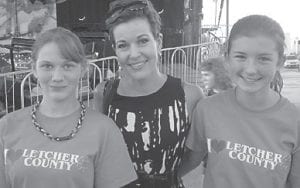 It sure is good to have Neal Creech back at ECCO after his bout in the hospital. The one thing at ECCO that we lack the most is muscle. Most of our regular volunteers are ladies with health issues making it difficult to lift or perform strenuous jobs. So we are especially thankful for Neal Creech’s and John Osborne’s help.

Although it has been over two years since Tony died, I still find it difficult at times running ECCO without him. He was a quiet, behind-the-scenes person, just doing what needed to be done. How the world needs more like him.

Talking this week with Colettia Estep I learned that her daughter Stephanie, a young mother with a husband and four-yearold son, has been rejected by the insurance people to pay for a procedure that could give her a 20- to 30-percent chance of survival.

Stephanie has bravely been battling cancer for a long time now. Colettia tells me that Stephanie’s oncology doctor has been after the insurance company like a pit bull trying to get her help, but so far nothing. It is so sad to know that life or death comes down to the almighty dollar.

So I am appealing to the people of faith for your help. Please, lift Stephanie up in your prayers.

Colettia can’t talk about it without crying. She says she feels so helpless not being able to help her baby. I know exactly how she feels. If it were possible she would snatch her up and carry her to the ends of the earth for help.

I’m reaching out to those of you who believe in the power of love and faith, because it can move that mountain.

With that, I’ll leave you with this thought for the day: God never tires of hearing us in prayer.

Also lift up in prayer all those struggling with alcohol and drug addictions, may they be delivered; our military troops around the world; the crisis in Syria; our President and the leaders of our country; the United States; all the children hurt by war; and the ministry of ECCO.

Until next week from the folks at ECCO, God bless.