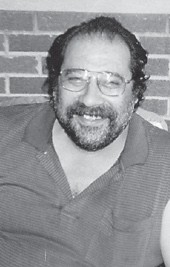 He was the son of Mary Jane Wilson and the late George Wilson, formerly of Cromona.

A celebration of his life was held August 9 at St. Luke’s Church in Cincinnati. He was an organ donor and his request was to be cremated.