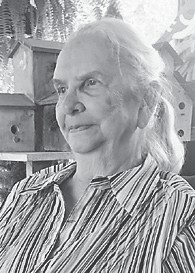 A daughter of the late Chester and Stella Couch, she was the widow of Lillie Eldridge.

She was the mother of the late Randy Eldridge, and was also preceded in death by two brothers, Dillard and Homer, and two sisters, Callie and May.