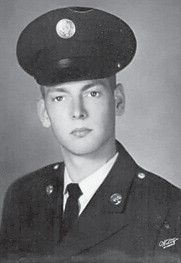 A son of the late Ed and Martha Watts Ison, he was also preceded in death by four brothers, Bobby James, Lilly, Manus, and Wayne Ison.

For many years Mr. Ison lived with and cared for his mother as her health deteriorated. He remained committed, along with his siblings, to helping keep her in her own home as she wished until her death.

He was a U.S. Army veteran and served in Vietnam where he was wounded and earned a Purple Heart. While in Vietnam, he was exposed to the defoliant Agent Orange. About 20 years ago, he lost an eye to melanoma because of his exposure to this chemical.

Mr. Ison experienced many other health challenges including the loss of a lung to cancer about 10 years ago and a more recent diagnosis of pancreatic cancer. Despite his failing health, he continued to live independently until the last few weeks of his life. Even after the loss of his brothers and parents, he desired to stay close to his childhood home on Linefork.

He enjoyed University of Kentucky sports and was a meticulous dresser. He loved chocolate cake. He loved to get out each day, and he often drove to meet his sister, Mary, for lunch.

Surviving are two daughters, Brandi Dixon of London and Brittany Burns of Manchester; a sister, Mary Carolyn Blair and husband Tony of Jeremiah; a number of grandchildren; and a special niece, Andrea King.

Private graveside services were held at the Ed Ison Cemetery at Hallie.