Electricity is finally back again 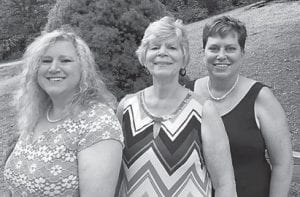 In case you all were wondering about us not having a part in the paper last week, like a lot of Letcher and some surrounding counties we were without power. Ours was restored Wednesday evening, but we still have no phone line. It’s amazing to me how dependent we have all become on electricity and the Internet.

We do not get cell signal out our house anyway, so we had no idea the storm was as bad as what it was until we drove down on Colson and then through Route 7. We went to get propane tanks for my mom to heat with and thought we would drop by somewhere in Whitesburg and get something to eat since we had no power.

Well, let me tell you, everybody and their neighbor must have had the same idea. There were four cars still on the road waiting to turn into the parking lot at Dairy Queen, and all the others were the same way. We just resolved that it would be a long time before we had power since there was so much widespread damage. So, we came home and started preparing the house with our camp stove and lanterns. 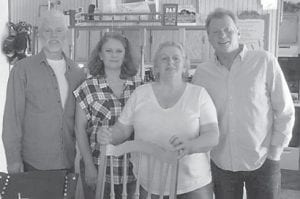 Tuesday, we put ice in coolers and put all our refrigerator stuff in them and had a cooler for Mom’s stuff too. She surely did miss her TV though. Her electric lift recliner was in the raised position since she had already left it and went to bed Sunday before the storm hit. She couldn’t even sit in her chair. And let me tell you it looked so odd to see her sitting in a different chair or on the couch. She was like a fish out of water, for sure.

Tuesday, my husband finally was able to round up a little generator that you could plug one item into at a time and the first thing we did with it was plug it into her recliner and let it down. When she was finally able to get back in that chair, she sighed a sigh of relief and said, “Now I feel just like a queen!”

I don’t know how many times Mommy would point the remote at the TV and try to get it to come on. I thought that was funny, but I walked into a room a few times and turned the light switch on myself, or thought, “Buddy, it surely is dark in here, I need to turn some light on.” You know that saying, “ You don’t know what you got ‘til it’s gone”? When our electricity came back on Wednesday evening and her TV was on and she was in her chair, my husband said, “How does it feel to be sitting in your chair again watching TV?” She said, “I got it going on now, don’t I?” 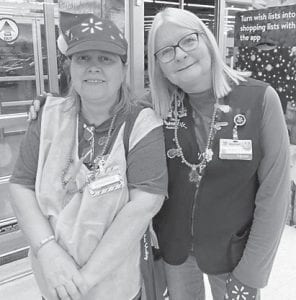 Tuesday, when one of my brothers-in-law, Charles Yonts, heard how displaced and confused Mommy was without electricity, here he came with a big power pole generator that lit up her whole yard and the neighbor’s yard too. We had heard from the power company our electricity would not be restored until Sunday, so we were tickled to death it came back on when it did. There were others that needed more done to their lines than we did so it took them longer to get to them.

This Easter was one for the record books, that’s for sure. For the first time in my life I wasn’t in a church building for Easter service. I watched it on my Kindle sitting at the kitchen table. My sister, Charlene Tacket Mason, came down later and wanted me to take her annual picture in her flower garden. She had on a spiffy Easter outfit and I said, “You want to know what I wore for Easter service? I wore a white robe.” I really did, too. 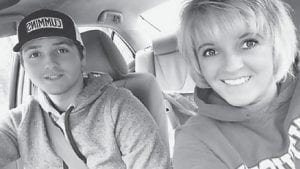 You know if I could go back to the week before everything changed I sure would do things differently. I would tell my friends at Letcher County Senior Citizens how much I care about them and would miss them until we could get back together again. I would hug my friends at the Letcher County Recreational Center so tight and tell them how much I enjoy being with them and just getting to talk to them. I know Billy Hatton and Earle Bone are missing their mornings with Jack Burkich, Bennett Combs, and Duane Yonts.

For those of you that have been anticipating our Whitesburg High School 1975 class reunion, we have decided to cancel it. It was scheduled for Aug. 8 and that is probably just a little bit too early to start planning big get-togethers even if the governor does say it’s okay. I myself would be afraid to be around people from other states or other areas of our state where there are lots of cases being reported. My concern is bringing it in on Mommy. I guess, though, we are in the age group ourselves that is being considered vulnerable. I saw this thing on Facebook that said the old folks are now the ones sneaking out of the house and their kids are yelling at them to stay home for their own good.

We need to pray for one of Mom’s Marlowe Coal Camp friends, Bertha Paige Dye. She has fractured her spine. Others that are needing prayers are Laney Webb, who is still fighting Flu B along with all the other health problems she has with leukemia. And remember all those that have lost loved ones, especially my pastor, Bill Jones, and his family. As it stands right now with the court sessions being postponed, they have no idea what’s going on.

I can’t wait until we are fellowshipping back in church again with our church families. If it’s possible try to listen in on some of the services going online.