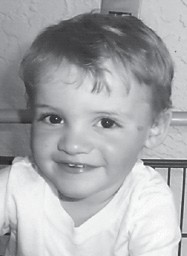 Eli Henry Brown celebrated his second birthday with a party at the Letcher County Recreation Center on June 10.

The Hop Gibson clan met at the Cowan Community Center for their annual reunion. A large crowd gathered from several states and everyone had a good time. We were happy to see some there for the first time, and some for the first time in a long time.

We had the usual good visiting, feasting, silent auction and wheel of fortune. This year we also had a talent show and were amazed at the talent among us. Our veterans and current service persons were acknowledged and honored.

We are proud of our heritage and glad so many want to celebrate it.

Several got together again Saturday evening at Mike and Martha Wenning’s and John and Faye Campbell’s to continue visiting, eating, and playing games.

Some of the early comers enjoyed the square dance of the music school at the community center Friday night.

Ben Vice of Flemingsburg, has completed pharmacy school in Birmingham, Ala. He will be working in Manchester. He is the son of Debbie and Jeff Vice, the grandson of Thelma and Glennon Ison, and the great-grandson of the late Beulah and Cassel Caudill of Little Cowan. 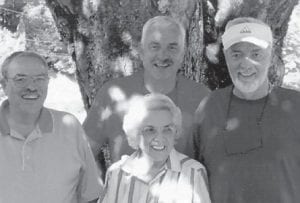 Virginia Brown is pictured with her sons Joe Myrel, Steven and Randy.

Eli Henry Brown had a happy second birthday celebration with a lot of friends and relatives on June 10 at the Letcher County Recreation Center in Whitesburg. Eli lives in Fall Branch, Tenn., with his parents Jason and Amanda Brown. His grandparents are Randy and Eula Brown of Little Cowan, Doyle and Deana Wright of Dry Fork, and Vickie and Christopher Caudill of Colson. His great-grandparents are Virginia Brown of Little Cowan, Mitchell Wright of Isom, Lillian Akemon of Linefork, and Mae Boggs of Kingscreek.

Eli had a vacation at Myrtle Beach, S.C., with his “Short” Papaw (Doyle Wright), Deana, Gracia, his mommy and cousin Cameron Garrett. Eli loves the “big sandbox”, which is what he called the beach.

On Sunday, June 30, Virginia and Amanda had dinner to celebrate Eula’s birthday. Eli sang “Happy Birthday” to her.

Virginia Brown had lots of visitors last week. Her son Joe Myrel and his son Josh came in from Mississippi for a few days. They brought some good stuff from his garden including some purple beans that turn green when cooked and taste really good.

Coming from Tennessee were Steven and Linda Brown, Andrea, Makenna and Chance, Brittany, Braedon and Landon, Robert and Sherry, Brad and Joe, Jason, Amanda and Eli.

Linda Combs sends happy birthdays to Shade Boggs on July 3, Dustin Crawford on July 6, and Derek Frome on July 2. Derek is a Marine on duty in Africa. He is Yvonne Brown Sutphin’s grandson.

Arminta Ison Jenkins has been in Kentucky visiting family and friends recently. Her sister Sherry Lynn and husband Johnny had been vacationing at their place on Kingdom Come. They live at their place at Naples, Fla.

Megan Brown Watson was baptized at the Pikeville Baptist Church last Sunday. She is the daughter of Richard Brown of Ice and Sandy Caudill of Jeremiah. She is married to Dr. John Watson, who works at Pikeville Hospital.