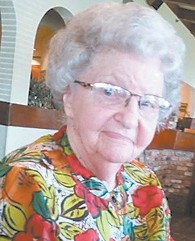 A daughter of the late William Mullins and Martha Irba Anderson Mullins, she was the widow of William Frank Craig and a sister of the late Earl Mullins.

She was also preceded in death by her cousins, Cora Lea Fleming Rabon Gaither and her son, Michael Gene Rabon, Inez Anderson Brown and her husband, Tom, and Howard Anderson and his wife Imogene.

Surviving are her nephews, James L. Craig, Sr. and his wife Gale and their children, and M. Anthony “Tony” Abel and his wife Nancy.

Although she had no children, she was accepted as another mother to Cora Lea, Tony and Nancy, and as “Granny” to Cora Lea’s son Mike, and Tony and Nancy’s children, Jason, Melonie and Anthony, and grandchildren Katie, Sarah and Denver.

She also was very close with her cousin Jennifer Rose and her husband Sam.

Her long-time residency in Jenkins was recognized when the city renamed the road where she lived as “Libby Lane.”

Mrs. Craig had a passion for shopping and travel, having been to many parts of America. Her foreign trips were to Mexico, Greece, Italy, England, Scotland, Ireland and Germany.

Memorial services for Mrs. Craig will be held at the Jenkins United Methodist Church on July 20.

Spring Hill Funeral Home and Cemetery in Madison, Tennessee have charge of arrangements.