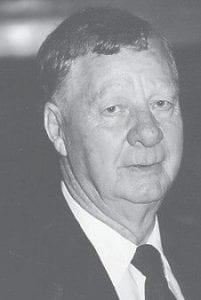 Funeral services for Elmer Jack Hurt, 83, of Thornton, were held December 5 at the Millstone Missionary Baptist Church. Burial was in Green Acres Cemetery at Ermine.

Born in Perry County, he was a son of the late Shilo and Cora Williams Hurt and was reared by the late Lee and Margaret Cunningham. He died December 2 at Whitesburg Appalachian Regional Hospital.

Hurt was a member of the Millstone Missionary Baptist Church and was a Korean War veteran of the U.S. Army. He was the father of the late Regina Hurt and a brother of the late Bob Hurt and Flossie Grigsby.