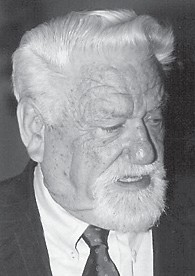 A son of the late James Henderson and Viola Julia Palmatier, he was the widower of Maxine Henderson.

He was the father of the late Lucille Harold and Mervin Dunn, and a stepson of the late Joseph Alfonzo Leapaul Plouffe.

Funeral services for Mr. Henderson were held February 20 at Letcher Funeral Home in Whitesburg. Burial was in the Al Henderson Cemetery at Premium.