Empty jerseys showed up for Wildcats at Missouri 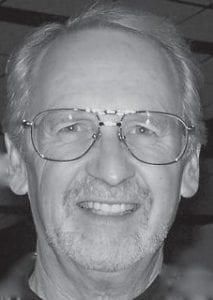 Joker Phillips. Good chap with the right stuff, mostly. You know the list: Principled, values education, grow big kids into bigger men, embraces self discipline, walks-the-walk – how to handle life’s really hard tackles not only when, but especially when some are cheap shots.

At Columbia, Missouri last week, Kentucky’s whiteon blue uniforms were empty. One might conclude the team quit on its coach, but in fact, too many players simply left their game at the motel.

A stark reality that leaves fans who pay a rights fee to buy a ticket into Commonwealth Stadium, in a foul mood with hot attitude: “Hey Mitch, take your rights fee and ticket and stick ‘em.”

So, Kentucky fans have come to November and all have seen this movie before. The Kentucky Wildcats have fallen back to the bunker, coaches retreated to spingood stuff from the edges (white noise) and make details (excuses) sound technical and like progress.

Bottom line: Another show or two like the one in Columbia and pink slips won’t need sending.

This week Charlie Strong’s Louisville Cardinals (8-0) occupy 10th spot in BCS standings and stand on the sunny side of major bowl contention.

Talk around UofL has turned to run-the-table and “can we believe our ball coach who says he’s staying?”

Meanwhile, in Bowling Green, Western Kentucky (6-2) is bowl eligible (second year in a row) and has another high stakes opportunity to show off for bowl selection people. Rival Middle Tennessee (5-3) is in town Thursday night trying to make itself bowl eligible.

• “ You’re coaching at Kentucky and you understand this is life and death for some people, but it is not life and death for me. I have told you before, I want to win championships for the state and the Commonwealth, but the most important thing is helping these kids. It is a players first program. If we do right by them and make decisions based on them, they will drag us to where we want to go.”

• “… Those five guys going in the first round (of the NBA draft) were the biggest (moment in UK history), or one of the biggest…I think I said biggest and I was probably right, because now you have every player in the country wanting to play here.

• “It started with those five going in the first round, something that had never been done and may never be done again unless it happens here. Now all of a sudden it has changed what has happened for us. We stay players first and they drag us with them. Let’s see where this team can drag us.”

Texas A&M and Missouri joining the SEC became occasion for Nolan Richardson to indulge in a bit of revisionist history last week. At the SEC Basketball media meeting, the ex-Arkansas coach weighed in on league expansion and showed he still has the chip on his shoulder.

Richardson declared the SEC became big time big time in 1991, when his Arkansas team arrived from the Southwest Conference.

“From that point when others saw Arkansas can do that, (shoot) we can too,” he told the media. “That’s when the whole league began to change. We changed the whole energy of the league. I know that for a fact.”

In fact, Richardson was a high school kid in El Paso when Ray Mears was antagonizing the SEC into getting serious about basketball (1963-77). Mears was first to press the league from UK and nine clowns to where it is today. Big Orange Country sport coats, orange basketballs, and the unicycle gave the league flare, made Baron Adolf Rupp grumble and pressed offi cials at other SEC schools to realize, “shoot, we can do that too! Besides, there’s money in it.”

Vick may well be right.

Considering cash involved and education costs ($18,000-a-year tuition at a public university, a CBS survey says), the one-and-done issue seems to rise to level of interest and importance for a Bluegrass Poll Survey of Big Blue Nation. Doesn’t it?

While we wait for the Bluegrass Poll people to take a slice of public opinion, what do you think? I would like to hear from you at sprtsinky@aol.com

Meanwhile, in spite of sports being awash in millions of dollars, count me a traditionalist still inclined to embrace the student-athlete idea instead of “player.”