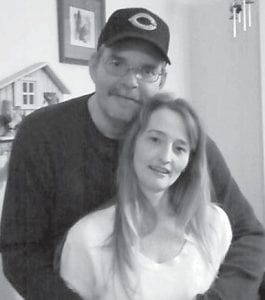 — Lorie Rayburn and Harold ‘Howie’ Morine II, both of Bardstown, announce their engagement to be married. She is a former resident of Eolia and is the daughter of Clyde Stidham Jr. of Pound, Va., and the late Judy Branham of Eolia. He is a former resident of Kankakee, Ill., and is the son of Sharon Smith of New Braunfels, Tex., and the late Harold Morine of Kankakee.