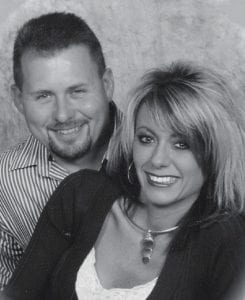 Albert and Pat Johnson of Dunham, announce the engagement of their daughter, Chasity Phipps of Jenkins, to Shelby Daylong, also of Jenkins. He is the son of the late Brenda Bolling of Mayking, and Richard Daylong of Columbus, Ohio, and the grandson of Polly Potter of McRoberts. She has two sons, Austin, 10, and Justin, 7. He has a son, Tyler, 9. The couple will reside at their home in McPeeks Branch in Jenkins.