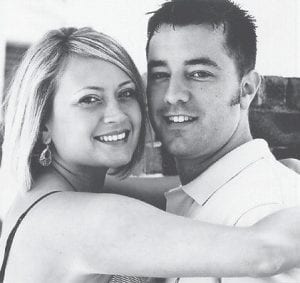 Mr. and Mrs. Merle Caudill of Blackey, and Mr. and Mrs. Gerald Wingate of Lexington, announce the engagement of their children, Katherine Riley Caudill and Matthew Jason Wingate. She is the granddaughter of Grace Caudill of Blackey and the late Bill Caudill, and Georgia Nichols Adams of Letcher and the late Charles Nichols. He is the grandson of Arline Wingate of Lexington and the late Delbert Wingate, and Alberie and Rita Caron of Biddeford, Maine. The brideelect is a 2000 graduate of Letcher High School and a 2004 graduate of the University of Kentucky College of Social Work and is employed as a social worker for Hospice of the Bluegrass. The bridegroomelect is a 1999 graduate of Tates Creek High School and a 2005 graduate of Eastern Kentucky University and is employed as a loan officer with the Lawrenceburg National Bank. A fall wedding in Lexington is planned.