Engle will direct both PRIDE and Operation UNITE 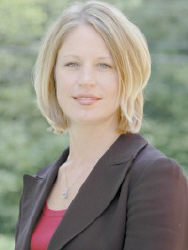 Engle became president and chief executive officer of both organizations on June 25 after approval from PRIDE’s Board of Directors on June 22.

“Karen is no stranger to PRIDE, having served three years as its executive director,” said Fifth District Congressman Harold “Hal” Rogers. “I know her knowledge and leadership will serve both organizations well as they continue to make Southern and Eastern Kentucky a desirable place to live.”

PRIDE, which promotes Personal Responsibility In a Desirable Environment in 38 counties, was launched in 1997 by Rogers and the late General James Bickford, former Secretary of the Kentucky Natural Resources and Environmental Protection Cabinet. Their vision was to restore the natural beauty of their native region by encouraging citizens to take responsibility for protecting their environment and by providing the education and resources they need to do so.

Engle, a native of Pike County, worked for Rogers from 1994 to 1999, first as case worker in Pikeville then as a field representative and project manager in Hazard. She left to become assistant director of PRIDE, and was promoted to its executive director in May 2000. Three years later Engle was tapped by Rogers to create UNITE following a series of newspaper articles detailing the region’s drug epidemic.

A graduate of Elkhorn City High School, she received a bachelor of science degree in management with a marketing minor from Union College.