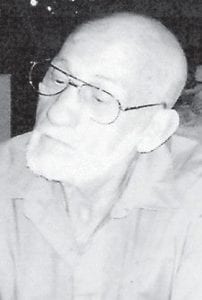 Graveside services were held at the Sexton family cemetery at Jackhorn.