Escapee was found living in Kingsport 23 days after bolting 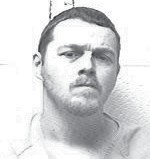 Arraignment is scheduled May 8 for a jail inmate who was captured 23 days after he escaped from work release in Whitesburg.

John Paul Wells, 31, of 36 Orange Drive, Whitesburg, was arrested April 25 in Kingsport, Tenn., one day after the Letcher County Sheriff ’s Department received an anonymous tip that Wells was staying in an apartment there.

Wells and two other inmates had been clearing brush on April 2 when a deputy jailer stopped at Frazier’s Farmer Supply to drop off a chainsaw that needed sharpening. While the deputy was inside the store, Wells jumped out of the jail van and ran across a busy Highway 15, said McCall.

Wells ran down the middle of the road located between Parkway Pharmacy and Whitaker Bank. He was spotted running behind Mountain Comprehensive Health Corporation’s Whitesburg Medical Clinic.

Wells, who was originally charged with receiving stolen property, was in jail for a parole violation. He was scheduled to be released from jail in two years. With the work release Wells had been doing, McCall said, Wells most likely would have been released sooner.

Wells, whose bond is set at $5,000 cash, was indicted on an escape charge by the Letcher County Grand Jury.

The case continues to be investigated by Damron and Chief Deputy Mike Enfusse. The arraignment is set for 9 a.m. next Wednesday in Letcher Circuit Court.