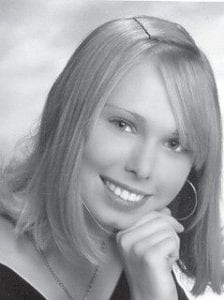 The Arch Coal Foundation announced this week that LaTonya Everly, of Mayking, was one of 11 recent high school graduates chosen as 2009 Arch Coal Scholars. The Arch Coal Scholars program honors outstanding scholastic achievement by the children of employees of St. Louis-based Arch Coal, Inc. and its subsidiaries.

To celebrate the 20th nniversary of the Scholars program, the Arch Coal Foundation increased the annual scholarship by 25 percent – to $2,000 – for each scholar to apply to an accredited college or university for up to four years.

Everly, a graduate of Letcher County Central High School, Whitesburg, is the daughter of Terry and Wanda Everly. She plans to attend Morehead State University at Morehead and study nursing. Everly’s father is employed by Cumberland River Coal Company in Appalachia, Va.

Arch Coal Scholars are selected on the basis of academic record, potential to succeed, leadership and participation in school and community activities, honors, a statement of educational and career goals, work experience and an outside appraisal.

At Letcher County Central High School, Everly was a member of the Bible Club Drama Team, and she participated in the Kentucky Junior Golf Association (KJGA) tournament. She was part of a team that took second-place honors at a 2009 District Academic Quick Recall competition, and she placed third in the business calculations category of a Future Business Leaders of America (FBLA) regional challenge.

“We consider the scholarship program a wise investment in America’s future,” said Steven F. Leer, Arch Coal’s chairman and chief executive officer. “We are pleased and proud to assist some of the best and brightest students in our operating regions as they pursue their future goals.”

Since its inception in 1989, the Arch Coal Scholars program has provided four-year scholarships to more than 200 new high school graduates.

Arch Coal is one of the nation’s largest coal producers. Through its subsidiary operations in Kentucky, West Virginia, Kentucky, Virginia, Wyoming, Colorado and Utah, Arch Coal provides the fuel for approximately 6 percent of the electricity generated in the United States.