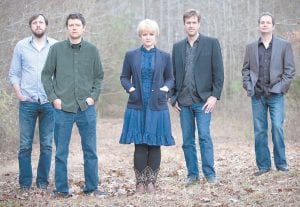 Former Drive-By Trucker bassist Shonna Tucker and her band Eye Candy will be back in Whitesburg this weekend for a stop on a tour being held to support their strong new Southern pop/rock album A Tell All. Tucker and band will perform Saturday night at Summit City. To hear cuts from the new album, visit www.shonnatucker.net. Admission to the 8 p.m. show is $12.