Ex-teammates in eastern Kentucky are reuniting with NFL’s Patriots 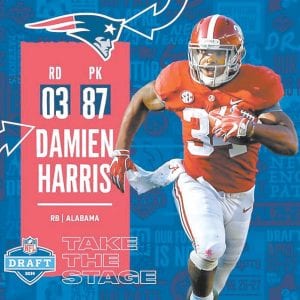 Damien Harris (above), the former University of Alabama and Madison Southern High School football star, was chosen by the New England Patriots in the third round of the NFL Draft on Saturday.

Also drafted by the Patriots, this time in the fourth round, was former Auburn University quarterback Jarrett Stidham (below), an eastern Kentucky native who lived in Texas during his high school career. Harris and Stidham played pee wee football together in Richmond for the Madison County 49ers.

As you might imagine, the team of 7- and 8-year-olds were undefeated when the Stidham family moved to Stephenville, Texas, where Stidham’s father, Juder, found work. (NFL and AP photos) 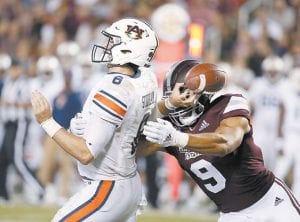