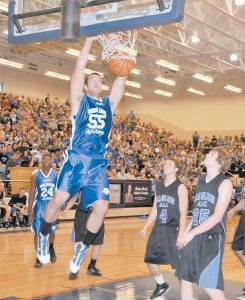 A team of former star basketball players at the University of Kentucky who now play professionally were in eastern Kentucky over the weekend to play exhibition games against the University of Pikeville and Alice Lloyd College while awaiting word on talks about ending a players’ lockout in the National Basketball Association. These photos were taken during the Big Blue All- Stars’ defeat of Alice Lloyd Sunday night in a game at Knott County Central High School. 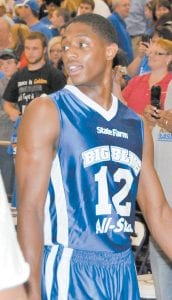 Shown in photo at left is former UK point guard Brandon Knight, who was drafted by the Detroit Pistons. 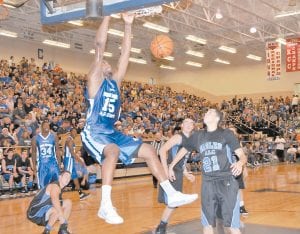 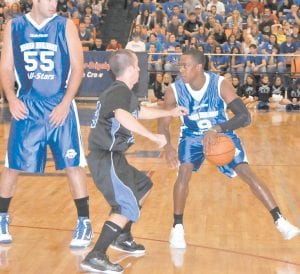 Rajon Rondo (9), being guarded by Isaac Wilson, was a star at point guard for UK and is now one of the best at his position in the NBA, where he plays for the Boston Celtics. No. 55 is Josh Harrellson. (Photos by Chris Anderson)