Eyeglasses cause blistering of skin 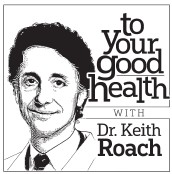 DEAR DR. ROACH: I recently purchased two new pairs of prescription eyeglasses that are in plastic frames. Forty-eight hours after I began wearing the first pair, the bridge of my nose became very red, and small, flat blisters appeared. The same behind both ears — anywhere the plastic touched my skin. I got this to heal with cortisone cream, and a week later I tried the other pair. This time, the reaction came within about 14 hours and involved swelling of my nose as well as the blistering and bright redness.

What causes this — an allergy or some sort of chemical burn? The area itched yet felt like a burn and peeled after the cortisone treatment brought the blistering down. — N.W.

ANSWER: This sounds like a case of contact dermatitis, probably related to the chemicals used in the manufacturing of the plastic. Some people are just sensitive to any of the many chemicals used; however, I am increasingly seeing bad reactions to manufactured goods, especially to those made overseas. Not every country has the same safeguards we have in place in North America.

Some of these chemicals are volatile and disappear after a short while. It’s possible that washing the glasses in hot, soapy water could have been able to remove them. However, in your case, the reaction was so strong that I would avoid that brand in the future.

DEAR DR. ROACH: I have arthritis in my neck. When I turn my head, I get a snapping sound in my head under the skull. What can be done for this, and is it dangerous to ignore and maybe just wear a collar? A doctor in Florida wanted to do surgery on my neck when I went for back surgery three years ago. I’m 76 years old. I have no pain or weakness, just a light ringing in my head. — S.M.

ANSWER: The snapping sound is likely made by one of the tendons in your neck moving over a bony prominence. If it isn’t causing any pain, I don’t think you need to do anything about it. I certainly would not recommend neck surgery. I reserve consideration of neck surgery for people with severe neurologic symptoms, such as pain and weakness, and those whose function is limited.

A warm pack on the back of the neck probably is as good a treatment as anything.

ANSWER: Psyllium, which is in Metamucil but also can be bought in bulk, is a soluble, non-absorbable fiber that carries water with it as it passes through the GI tract, relieving constipation. It is safe and effective for most people with mild constipation, but can cause some bloating sensation, especially if started at too-high doses. It should be taken with plenty of water.

Psyllium can prevent absorption of medications. It should be taken one hour before or at least two hours after other medications.