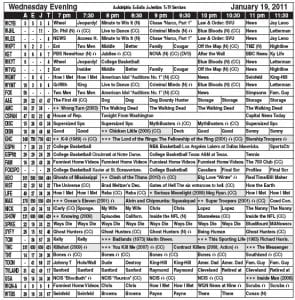 Thursday 8 p.m. on WJHL WKYT WYMT The Big Bang Theory: While the gang is staying at a hotel for a science event, Bernadette (Melissa Rauch) runs into her ex-boyfriend, Glenn — all 6 feet 7 inches of him. Wolowitz (Simon Helberg) immediately gets an attack of insecurity about his future with her in the new episode “The Love Car Displacement.” Former NBA star Rick Fox guest stars as Glenn. 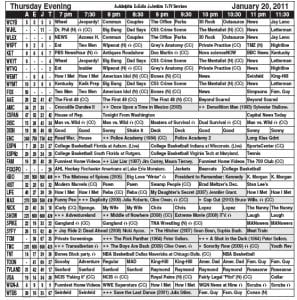 9 p.m. on WEMT WDKY Fringe: New episodes of the surreal series resume with Olivia (Anna Torv) and her colleagues being contacted by an Observer who wants their help in rectifying a mistake. Walter (John Noble) makes a connection with one of his musical idols (guest star Christopher Lloyd). Joshua Jackson and Lance Reddick also star in “Firefly.”

8 p.m. on HBO Green Zone: The controversy over purported weapons of mass destruction early in the Iraq War gets a dramatic spin — and, for its visceral thrills, plays loose with some of the facts — in this reteaming of Matt Damon and “Bourne” franchise director Paul Greengrass. Damon plays a military man who finds himself questioning some of his superiors, while keeping an eye out for hostile countrymen, as he seeks the alleged weapons. 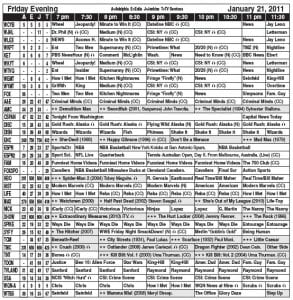 9 p.m. on SHOW Californication: Hank (David Duchovny) uses the mistaken impression that he tried to commit suicide to his advantage, moving back home with Karen and Becca (Natascha McElhone, Madeleine Martin), but the latter is on to him. Charlie (Evan Handler) becomes obsessed with reaching a sexual benchmark, while Marcy (Pamela

Adlon) is pursued by a wealthy producer in the new episode “Home Sweet Home.”

WYMT Rules of Engagement: Jeff (Patrick Warburton) doesn’t want to shell out for a new rug after Audrey (Megyn Price) gives their old one to Jenn and Adam (Bianca Kajlich, Oliver Hudson). So he tries to get it back by telling Adam about the — um, activities he and Audrey engaged in on it. Can you say, “Too much information”? David Spade and Adhir Kalyan also star in “Rug-of-War.” 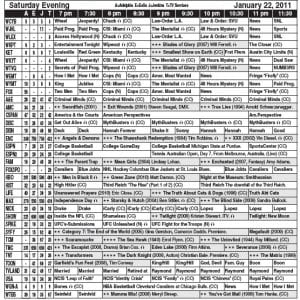 10 p.m. on TNT Southland: John (Michael Cudlitz) teaches Ben (Ben McKenzie) several vital aspects of being a good cop, including how to handle delivering a death notification to loved ones and how to arrest a suspected drug dealer. As he sorts out his marital issues, Sammy (Shawn Hatosy) crashes with Nate (Kevin Alejandro) and his family. Lydia and Josie (Regina King, Jenny Gago) investigate a drug-related murder case in the new episode “Code Four.” 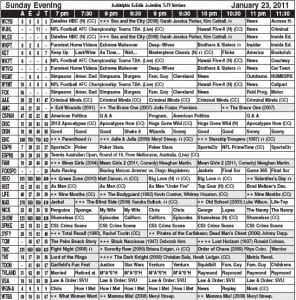 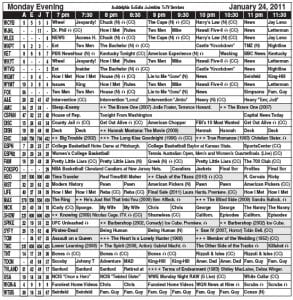 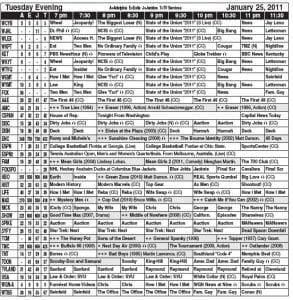